Many players in New Zealand are most likely unaware of the fact that not only do the top pokie software developers create the games you love to play, but they also developed and maintain the casino software which powers your favourite online casino. In fact, casino operators pay casino software developers for the use of their online casino interfaces! For this reason, it’s of utmost importance to only use reputable online casinos to ensure that you have access to the best casino games software as well.

Microgaming is one of the biggest and most respected pokie software developers in the world and as the company who powered the very first true online casino back in 1994, they certainly know what they’re doing. A popular choice amongst players in New Zealand for both 3 reel and 5 reel pokies, their progressive Mega Moolah still holds the record for the biggest jackpot payout in history. With thousands of online pokies to their name and licensing deals with some of the biggest names in the entertainment industry, Microgaming consistently delivers top-quality pokies.

Aristocrat has been a dominant force in pokie software development for the last decade and since the company’s inception in 1953 they have been developing casino games software of the highest order. With a global team of 3000 employees and licenses in 240 gaming jurisdictions in 90 countries, Arisocrat pokies are considered to be the original Australian pokie developer and many land-based and online casinos trust them to provide top-notch casino software which can be relied upon. Popular titles include Game of Thrones Progressives and The Big Bang Theory and The Walking Dead pokies.

International Game Technologies (IGT) holds a massive monopoly in the US pokies market but many of their stellar games can be found at online casinos around the world. With their involvement in pokie software development, land-based gaming machines and lotteries, as well as interactive and social gaming, IGT is held to the strictest global gaming laws and regulations as well as intense oversight by worldwide lottery authorities and related governmental agencies. Along with Aristocrat, IGT is considered to be the market-leader in casino game software development in both Australia and New Zealand.

Israeli casino games software developers Playtech are most well-known for their incredible range of Hollywood-themed pokies, and thanks to licenses with comic book giants such as Marvel, you are sure to find a wide range of pokies in superhero themes such as The Hulk, Ironman and Captain America. With thousands of games ranging from retro classics to cutting edge 3D animated pokies, Playtech never fails to deliver in terms of quality and variety.

If the idea of finding the best casino software developers leaves you with your head spinning, not to worry as PokiesOnlineNZ.co.nz has done all the hard work for you! We take pride in only recommending the best of the online real money pokies casino industry to players in New Zealand and games from these top-class pokie software developers can be found at all the online casinos we recommend. 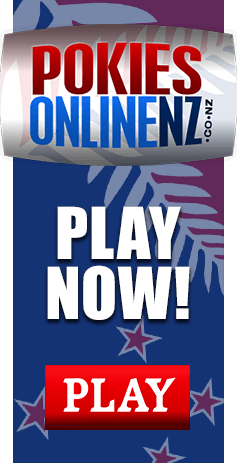